Not only does Thurah Transport execute transport tasks for customers who need the use of cranes and delivery vehicles.

We also transport gravel, soil and building materials. The solutions we offer have been considerably strengthened after HBJ Transport became a part of the Thurah family.

The above have central axle tip trailers, which provide the possibility for +17.5 ton loads. 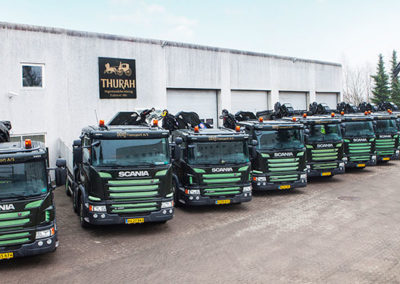 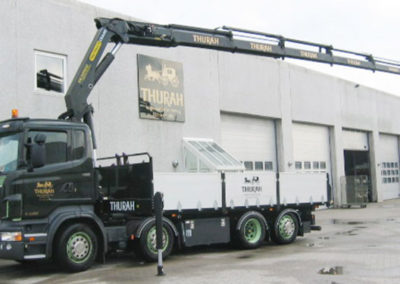 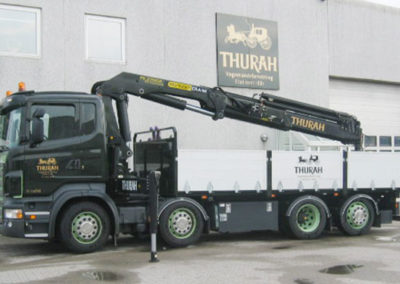 “All the way back in 1881, Thurah began driving for what, at that time, was called Kjøbenhavns Telefon Aktie Selskab (KTAS) on Nørregade in Copenhagen. I believe we were Thurah’s sole customer at that time. And all the way up to the end of the 1980s, KTAS/TDC had a significant cooperation with Thurah on haulage and transport.

It is certainly rare to have a cooperation for more than 100 years! The technological development and restructuring in the telecommunications sector, etc. has meant that today, TDC is a somewhat smaller customer at Thurah Transport. But we still use them for some tasks. And with the cooperation over many years, I have no hesitation in crediting them for both tremendous reliability and significant insight into our tasks and material. And, as mentioned, we have benefited greatly over many, many years …”

We perform all tasks with the basis in the customers’ needs and with the correct material.
We place importance on the customer encountering competent, attentive and obliging employees.
Being a customer at Thurah must be comfortable.